Bob’s Air Conditioning and Heating, Inc. was established in 1969 by Bob Ball and Don Brenneman in Kemah, Texas. After one short year, they relocated to the present location in League City, Texas.

In 1973, the company was incorporated with the State of Texas, became a radio dispatched service facility, and hired their first full-time service technician. The company then began to grow and flourish through the years with its dedicated employees and its rapidly growing customer base.

In 1986, Bob Ball, in order to pursue other ventures, sold his part of the company to Don Brenneman who then became the full owner. Robert Surman was then given the title of Service Manager after five consecutive years of hard work for the company. Subsequent to this change in management, the company experienced the greatest level of service growth in its history. Throughout the next fourteen years, as Don and Robby worked side by side, their commitment to providing the finest mechanical service possible allowed the company to expand.

In January 2000, Don Brenneman wished to retire. Therefore, he sold the company to Robby Surman; the one person whom he felt was committed and experienced enough to provide the same level of service his company had always delivered. Since that transition, the Company has evolved into a company that has adapted with the rapidly changing time by providing a broader spectrum of services.

In 2000, Antel, Inc. was established to branch out into the booming computer industry. After some time, the corporation began to do business as Surman Electric, Inc. after hiring their Master Electrician. In 2010, Bob’s Mechanical Services, Inc. began to handle the commercial HVAC and refrigeration side of business. In 2015, we began the process of bringing our sister companies back to one name – Bob’s.

Over the last 50 years, we have provided the Greater Clear Lake and Bay Area with unparalleled service. Our friendly, experienced, and dedicated staff is always ready to serve you.

Our first responsibility is to ensure that every customer receives high quality & reliable service. Every unit we install is certified to be of exceptional quality.

Customers are serviced as promptly and accurately as possible. We are fully licensed and insured and stand by all of our work.  We offer same day service in most cases.

Though the management may have changed over the years, the same desire to provide professional service at a fair price has not. 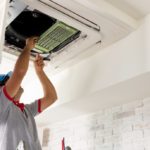 We are so impressed with our new A/C - it is quiet, runs less, cools better and the installation service could not have been better. The installers were courteous, clean considerate and did a wonderful job. We are happy to see how the men put our ductwork up off of the floor, giving us more storage space and a neater look. This letter was not solicited, but feels free to use it if you care to do so. We just wanted to express our satisfaction and give thanks for this good service. 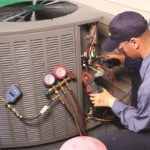 I just wanted to write a quick note to say thank you. You guys were very attentive and respondent to our air conditioning woes and made sure that we were kept cool until you could get here to change our evaporator coil. I have already recommended you to a few friends as well as told all my neighbors about your honest, prompt and sincere service. You seemed generally pleased to have us as customers. Since service is your job, my payment might seem enough thanks, however in these days, customer service is seriously decreased with most companies. Not being the case with Bob's, I thought this letter appropriate. Thank you and I will call on you again, we'll hopefully not in the too near future, but when I need help, I'll give you a call. 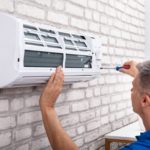 Your crew did a great job. Very professional when installing our new HVAC system last week. Thanks for a job well done, but I have come to expect that kind of service from Bob's A/C and Heating. I've been doing business with you for over 20 years and stay a very satisfied customer. 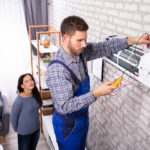 I want to let you know I am glad I chose Bob's Air Conditioning & Heating for the central air conditioner and furnace replacement at my Mom's home. Excellent customer service, sound technical expertise, Quality product offering, and competitive pricing are key considerations for my decision. In particular I like to express my appreciation for your impeccable customer orientation and attention to details throughout the entire engagement from creating the initial proposal to project completion. The installation crew was tidy and courteous. The job was completed on time without any surprises. I highly recommend your company to my friends and family. Keep up the good work!